We are pleased to provide a variety of resources on accounting, taxation and other related subjects that we hope will be helpful to both individuals and businesses.
Categories
Tags
Authors
Teams
Archives
More
More

Good News from the CRA!

This week the CRA Collections and Verification Branch issued the following:

Each year, the Canada Revenue Agency reviews a number of returns to ensure that taxpayers are entitled to the claims that they have made, and that amounts claimed have been correctly calculated. These reviews are an important part of our compliance activities to maintain the integrity of, and Canadians' confidence in, Canada’s tax system. 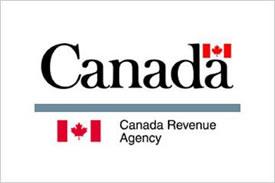 In the fall of 2017, the CRA began reviewing a small percentage of individual tax returns ‎when we detected a trend in the normal course of our regular reviews. The review focused on “other employment expenses” claimed on line 229 of the T1 Individual Income Tax and Benefits Return by shareholder-employees. Based on the feedback we received from industry stakeholders in recent weeks, it became clear that there was confusion among taxpayers, who were the subject of these reviews, as to how they should be claiming “other employment expenses”.

The Canadian tax system is based on self-assessment, which is in turn supported by clear guidelines for taxpayers and their representatives. In this case, the Agency agrees with our industry stakeholders that additional consultation and new guidance products are necessary.

Taxpayers involved in these reviews will be contacted by letter to inform them of this decision.

Consultation will be undertaken with stakeholders in the tax professional community to clarify the requirement of employer certification under Subsection 8(10) of the Income Tax Act as it relates to shareholder-employees. It is expected that clarification will be issued to take effect in the 2019 tax year.

The Agency will issue guidance products on this issue well in advance of any future reviews to allow taxpayers, and their representatives, reasonable time to adjust to their tax filing requirements.